CraftyMonkey has been busy rolling casks out around the region. You can enjoy our beers at the following locations.

Well, we knew it was good. Seems the good folk who frequent the McOrville think so too.

Don’t worry though, another cask is on it’s way.

Our beer is ready.

We are so excited that the McOrville Inn in Elwick will be serving our lovely brew from the 18th May.

Come by and enjoy a few drops of this delicious ale along side some first class pub food.

We’ve been waiting a while for our fermenters to do their stuff. You can read Part 1 here. 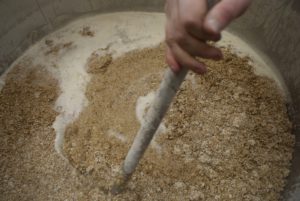 We’ve had a sneaky look in the fermenter to see how we are getting on.

Checking the PH level and the specific gravity so we know we are getting the best product we can. 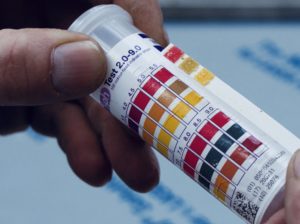 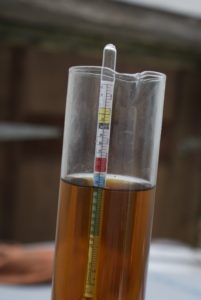 All plumbed in and ready to go!

Very excited! We are all plumbed in and powered up and hope to start our first test brew today!

All vessels in place

Brewery is looking good! It was only delivered yesterday!

Vessels need piping together but we are getting closer.

All our ingredients for our first brew arrived today too! 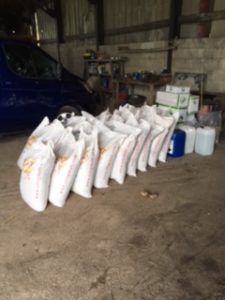 Today we took delivery of our brewery kit and we can’t wait to get started. It’s taken a while to get this far.
The kit has coms all the way from the great guys @ Oban

Now to plumb it in.

Pat and Gary worked together on Teesside for over 30 years. For 10 of those years they would while away long shifts talking about what they would do if they had the opportunity. Keen home brewers, but frustrated at the quality of the home brew kits, they started to do low some proper all-grain brews which resulted in far superior results. Motivated by the increased quality and, following encouragement from family, friends and ale enthusiasts, they started to experiment with recipes. In 2017, their plant closure provided an opportunity to create something they had talked about for years. The perfect opportunity to branch out, to follow a dream. The seeds of the Crafty Monkey Brewing Company were planted.

On small-scale home brew equipment the boys managed to create their fist cask brew. This was sold in a local pub as an experiment with the sale proceeds to be given to charity. The ale was tapped at 6.30pm on Thursday and was gone within 3 days. They knew they were on to something special.

18 months of hard work and loving restoration of the farm out buildings have resulted in the completion of the Crafty Monkey Brewery. With the focus on quality ingredients and an uncompromising approach the results speak for themselves.

Having attended a Dave Porter brewing course in Manchester to fine tune their skills and learn about the business side of brewing including legislation and tax matters, they were “advised” that they would find it an overwhelming struggle to set up a brewery from scratch, having to convert farm outbuildings from derelict to a functioning brewery capable of producing quality ales.